When the New York Yacht Club lost the America’s Cup in 1983, the races moved to Australia and many more nations got involved. This made the 1987 America’s Cup races the greatest show ever. It was also when ESPN began broadcasting Cup races on television, attracting new interest to the sport of sailing. 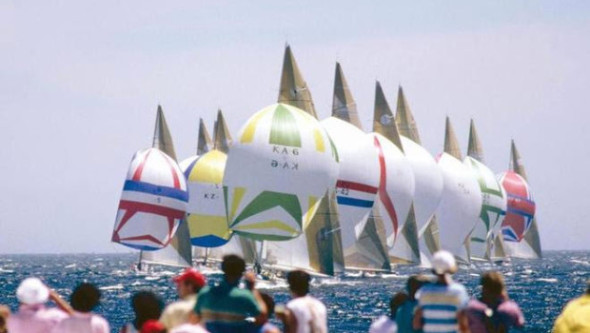 The 1986 Twelve Meter World Championships in Fremantle, Australia was a lead up to the America’s Cup Races. It drew the largest gathering of 12 Meters ever on a race course. 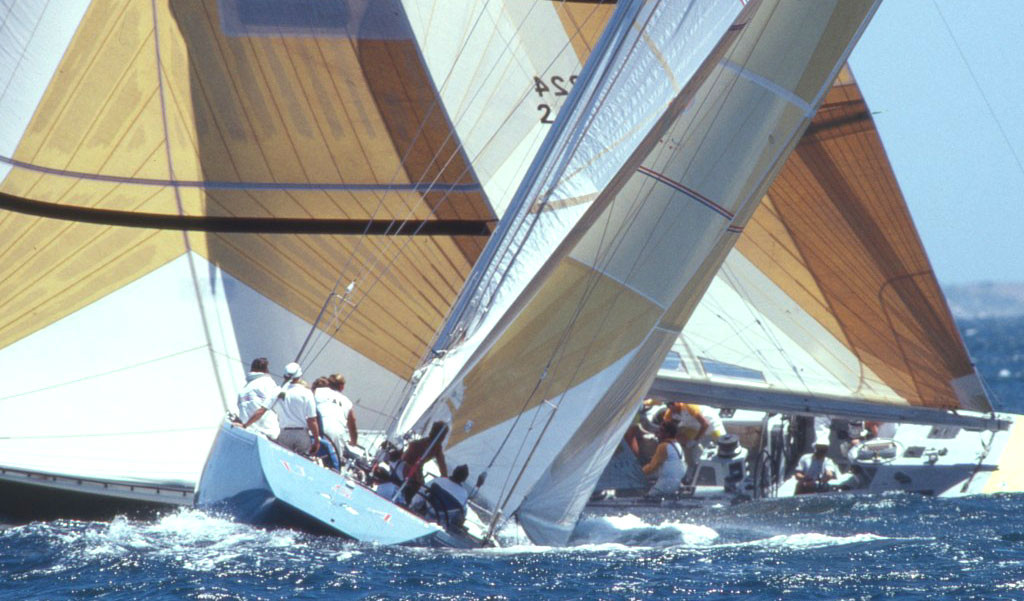 Thirteen syndicates from six countries (Canada, France, Italy, New Zealand, the United Kingdom and the United States) competed, bringing 25 boats for the right to challenge. Four Australian syndicates battled to defend the Cup bringing 9 boats. In total, 34 boats were involved in the 1987 America’s Cup, making it the greatest year ever for the 12 Meter Class. 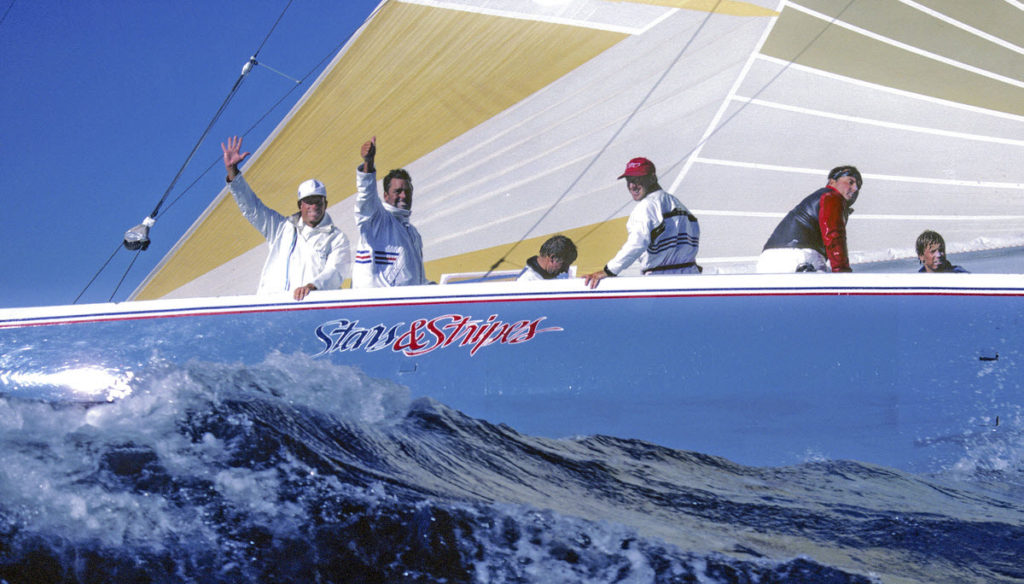 Dennis Conner’s Stars & Stripes was the winner of the 1987 Louis Vuitton Cup and earned the right to sail for the America’s Cup. She defeated Australia in 4 races and the America’s Cup returned to the United States. 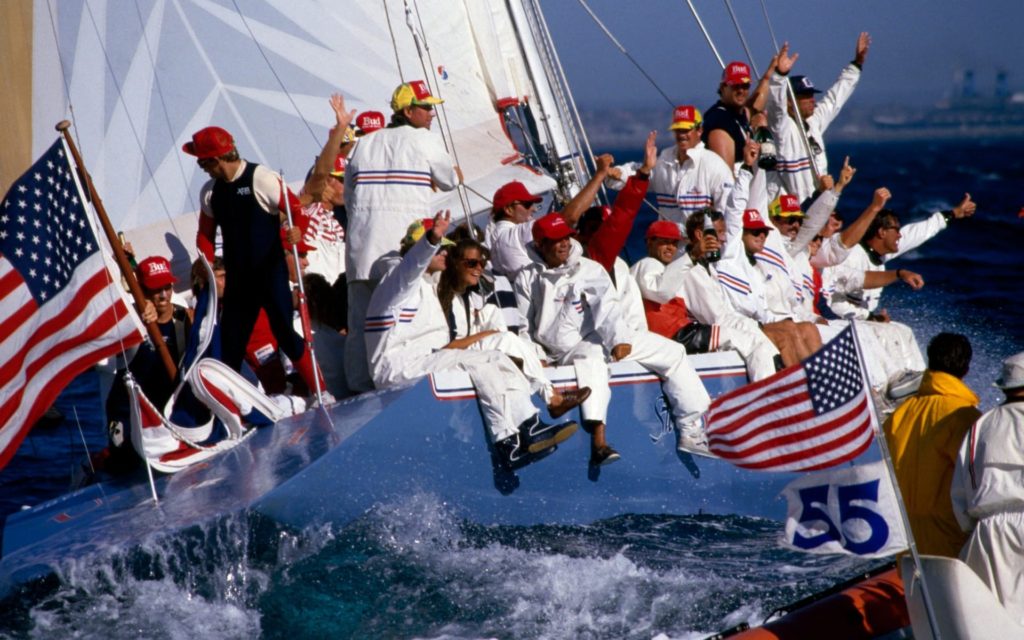 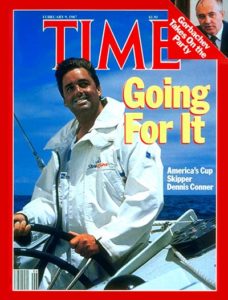 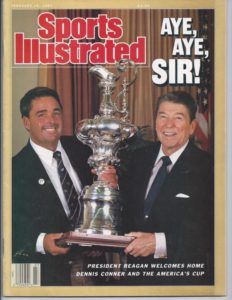 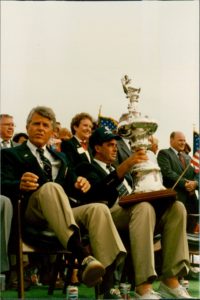 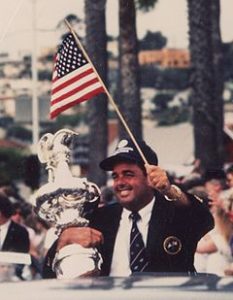 The New York Harbor Sailing Foundation has been very honored to have had a long-term relationship with Dennis Conner. When Manhattan Yacht Club was first formed in 1987, “Mr. America’s Cup” picked up the telephone and called Commodore Michael Fortenbaugh. Dennis’ first words were, “Are you surprised I am calling?” The answer was yes. During the early years of the Club, Dennis would come down to sail at our facilities and compete against some of the corporate and membership teams.

After the turmoil of 9/11, Commodore Fortenbaugh organized a group which won the management of North Cove marina for 10 years from 2005 to 2014. Dennis was the “Star Power” of this group and together, they helped to revitalize Lower Manhattan and made North Cove one of the most well-known and successful marinas on the East Coast. 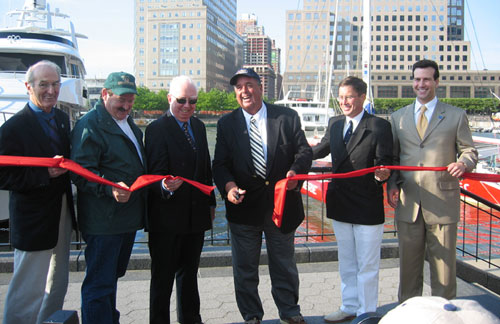 Dennis Conner helps out the 9/11 community by cutting the ribbon and ushering in a new are of boating to Lower Manhattan.

During this time period, sailing in New York Harbor blossomed like never before. The sailing school at North Cove was teaching more than 1,500 adults how to sail every year. There was a fleet of 28 one-design race boats and more and more people were accessing New York Harbor for sailing and recreation every year. During this time, Dennis lent his name to the rebirth of the “Dennis Conner International Yacht Club Challenge.” He also helped lead many charity events including the Foundation’s Annual Sailors Ball. 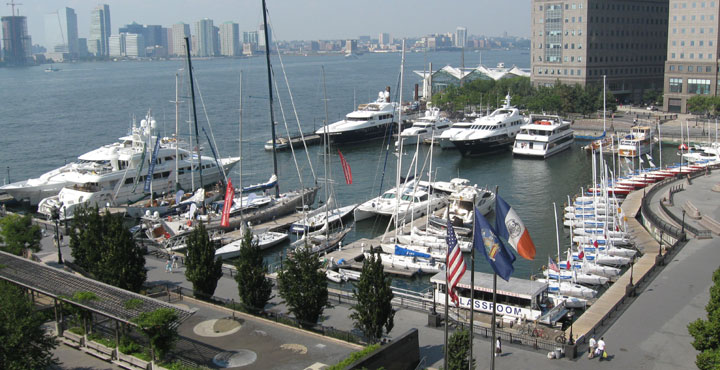 With Dennis’ star power, North Cove reached an incredible height of activity and community involvement from 2005 to 2014.